Rich Piana and Sara Piana broke up some time ago due to Rich overhearing Sara speaking to her mum which knocked Rich backwards with what he heard.

Rich in THIS video explains why they broke up and what he heard. Quite shocking. Very hard for any man to be in such situation.

Sara Piana then started talking BS about Rich afterwards talking about how fake he is and how fake his muscles are. The irony! I mean, what’s real on Sara?

The issue now is Sara Piana is trying to inherit whatever Rich Piana has left behind due to him passing away. 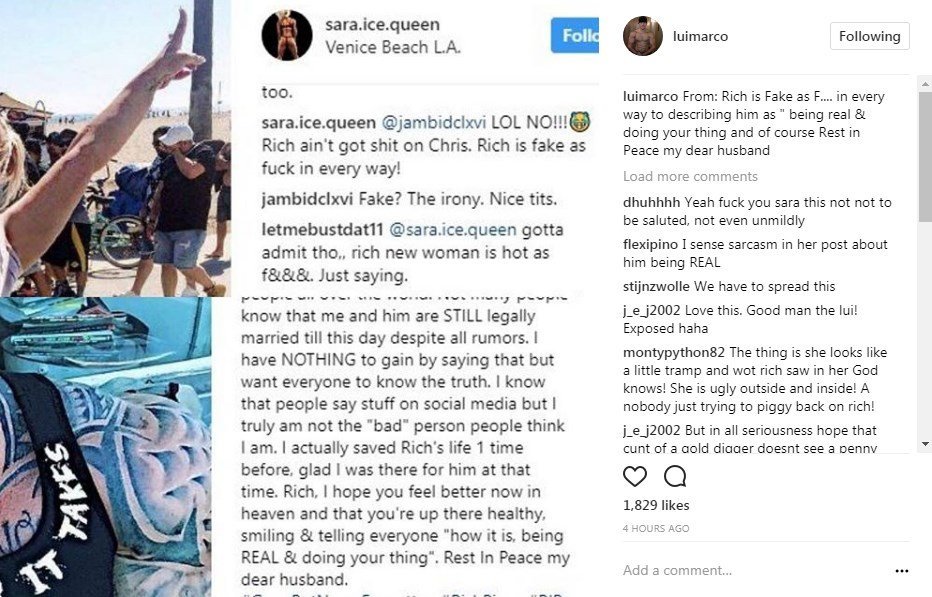 While Rich was alive, Sara started spreading hate and negativity after they split. Now that he’s passed away, shes pretending to care and trying to let everyone know in the media that they’re STILL married. The words she used in THIS Instagram post is quite shocking and disgraceful. Rich and Sara’s marriage is ANNULLED. Legally they’re not married so there’s no reason for her to still have Rich’s last name.

Also, might as well add this for you guys, Sara was caught stealing money from Rich. She was sending it over to her family in Iceland without his knowledge.

Check out the post HERE on Rich Piana’s passing.

A video has been released on Rich Piana’s YouTube channel by his girlfriend Chanel Jansen. The video is titled CLEARING UP THE RUMORS | MY TIME WITH RICH Chanel speak out on the negative rumors […]

Jason Genova, You DISGUSTING Human Being!

As many of you are aware, Rich Piana sadly passed away today as it was confirmed by his close and loved ones. Jason Genova being the loser that he is, said some harsh words while […]

Today is a very sad for many milloins around the world as it is confirmed that Rich Piana has passed away after being placed in a medically induced coma. Rich Piana RIP I, the founder […]